Calcium Deficiency in Women: What You Need To Know 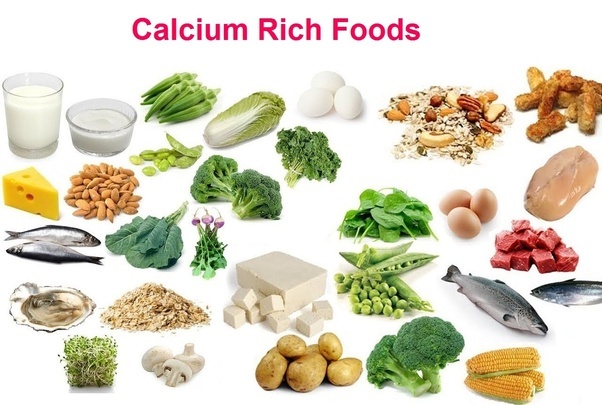 We all know that calcium is important for women and if we don’t take enough by drinking milk, eating calcium tablets etc. our bones will become weak and break.

This is literally drummed into us from a young age but still, there are yawning gaps in our knowledge about calcium and its deficiency.

We don’t know, for instance, what the recommended daily dose of this mineral is and how do we ensure that we are getting enough. Another gap in our knowledge about calcium is that it causes only weak bones...

Read on for the most definitive, complete, and usable information about calcium and calcium deficiency in women, so that you can take steps to prevent a deficiency and live healthily.

A compelling argument for optimum calcium levels in women

Our bodies use calcium to build strong bones and teeth and also to stabilize blood pressure and control skeletal muscle contraction. This means that calcium is crucial for the heart and other muscles to function properly.

The fact is that calcium is crucial for women’s bone health as we require more calcium than men, especially as we grow older.

Our bones contain crystals of calcium phosphate and these account for approximately 70 percent of bone weight which is why calcium is considered to be the most important nutrient for good bone health.

A deficiency in calcium makes our bones lighter and more prone to bone diseases like osteoporosis, osteopenia or a calcium deficiency disease.

Calcium deficiency has become really a big threat to women’s health in the last couple of decades as our diets have changed and have become partial to processed and packaged foods. Whole foods full of calcium have just about disappeared.

In India, calcium deficiency is becoming significantly higher in urban as well as rural women.

A study conducted by a Ludhiana hospital showed recently that 20% of adolescent girls in the age group of 14 -17 suffer from calcium deficiency.

Such a high calcium deficiency was earlier seen only in elderly and pregnant women.

Factors that contribute to a calcium deficiency in women

A dietary intolerance to calcium-rich foods and genetic factors also contribute to low calcium in a woman’s body.

The calcium story goes beyond the harm done to your bones and teeth.

Not many of us know this that a calcium deficiency affects almost all the parts of the body.

A few symptoms of a calcium deficiency are:

Impact of a calcium deficiency

A calcium deficiency can cause abnormal heartbeat, eye damage and spinal fractures apart from other bone fractures.

It is also a cause of widespread disability and can cause difficulty in walking in older women.

If left untreated, calcium deficiency can eventually be fatal.

It can also cause several significant health issues like:

Calcium is directly related to the sleep cycle. Its levels rise and fall as you sleep, with higher levels occurring during deep REM sleep.

Calcium has a major role to play in the production of the sleep hormone, melatonin.

Hence, if one is unable to achieve deep sleep, it’s most often than not, related to a calcium deficiency. Studies have also confirmed that normal sleep cycles were restored when calcium levels were increased to normal.

The calcium stored in fat cells in the body help in regulating the storage of fat.  And it’s been shown that fat cells that contain the most calcium actually burn more fat.

This is the term for a whole range of frustrating issues that lots of women are living with. Paresthesia is not a disease but a symptom of a nervous system that is not functioning properly and is experienced as tingling, numbness, muscle tremors, and an impaired sense of touch.

It can happen due to a calcium deficiency as low calcium in the blood has been connected to neurological impairment. This also causes confusion, poor memory, hallucinations, as well as muscle tremors and twitches.

How to prevent calcium deficiency in women

Recommended Dietary Allowance or RDA for calcium is a very important piece of information for preventing calcium deficiency for women.

The RDA for adult women is around 1000 mg /dl, whereas for older or pregnant women it is around 1200 mg/dl.

Women can keep themselves safe from bone diseases and calcium deficiency disease by including more calcium-rich foods in their diet.  Milk and milk products are among the best sources of calcium. While milk is a good source of calcium, yoghurt is considered to be a healthier option as it is easier to digest and richer in bio-available calcium.

Cheese is also a good source of the mineral.

In addition to milk products, oily fish like sardines are a good source of calcium too and so are eggs.

Green vegetables like spinach are also a good source of calcium. Spinach is also a great source of magnesium which is needed for calcium absorption.

Sesame seeds contain a decent amount of calcium too.

Other things one can do to up their calcium levels are to hang out in the sun more without sunblock. This will make one’s body make more vitamin D which in turn will allow them to absorb calcium efficiently from food.

One also has to take a magnesium–rich diet to make enough of  a hormone called calcitonin which draws calcium out of the blood and back into the bones, preventing  bone loss in women.

If nothing works, the thing to do is to consult a doctor and go for supplementation with her express advice only.

Shikha Gandhi is a health journalist and a short film maker. She is also a certified Pranic healer and a lover of long walks.