What Every Woman Should Know About Her Haemoglobin 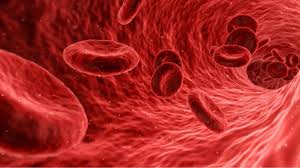 We all have those days when we’d rather be at home curled up on the couch. But if you feel low on energy – even after getting up in the morning twenty- four –by- seven, it’s time to get your haemoglobin levels checked as you could be suffering from a low haemoglobin count or anaemia.

For those of you who don’t know, haemoglobin is a protein in red blood cells that carries oxygen throughout your body. A part of this protein is made of iron. So, the “haem” in haemoglobin is iron and the “globin” is protein.

It should be easy to have atleast this much haemoglobin in your blood. It should, but it isn’t. A significant number of women and men (yes, they too) have low haemoglobin counts worldwide, leading to anaemia.

Now just for a moment, let’s imagine that you get a ‘Complete Blood Profile’ or CBV done due to some reason and your haemoglobin count comes out as much lower than the prescribed 12 g/dl and you freak out...

You have a multitude of questions that need answers- Why me? How did my Hb count get so low? What will be the impact of a low Hb count be on my health and my fertility???

Don’t worry, just scroll down to read answers to all your questions regarding haemoglobin and its impact on your health, if you have a low Hb count or even if you don’t.

A diagnosis of low haemoglobin count means that your blood is not able to transport enough oxygen to every cell in your body because there’s just not enough haemoglobin to carry oxygen.

But you may ask, “Why do some women have low haemoglobin counts or anaemia and some don’t?”

Well, the answer to this poser is straightforward-they may be eating the right kinds of food to prevent nutritional deficiencies.

You are at a higher risk for anaemia if you have:

Nutrient deficiencies are only a part of the story as sometimes there can be a number of hidden reasons for anaemia like lead poisoning, genetic abnormalities like sickle cell anaemia, chronic red blood cell destruction, and excessive blood loss including blood loss during menstruation, and pregnancy which can cause mild anaemia.

How can you tell you have low haemoglobin levels or anaemia?

If you have haemoglobin counts just a bit lower than the normal, you may not have any symptoms. This is because the body has a great ability to compensate. However, if the haemoglobin levels drop to critical levels, the penny drops and your life can alter for the worse.

A haemoglobin deficiency is the leading cause of chronic fatigue among women between menstruation and menopause. And we all know that exhaustion is also a sign that’s easily discounted by most women. This happens because your body is not getting the required amount of oxygen from red blood cells. Lack of oxygen also causes your heart to work harder to pump blood to the body, which contributes to feeling tired.

Other common symptoms of low haemoglobin levels include:

If you are a woman in your child-bearing years, it’s extremely crucial for you to maintain the right haemoglobin counts.

We suggest that you get your Hb levels tested if you are feeling down most days even without doing much, at your next check-up.

If you suffer from low haemoglobin levels, you can have irregularities in your menstrual cycle which can impact your fertility and make it more difficult for you to conceive naturally.

Delayed menarche is observed in women with a low haemoglobin level of 8 mg/dl or less.

Impact of low haemoglobin on women as they age

For once, the prognosis is good for women. As women stop bleeding after menopause, their iron levels improve and so does their iron-deficiency induced anaemia which is the most common type of anaemia worldwide.

By- the- way, anaemia is not caused by normal ageing, but it remains an extremely common condition in older adults, both men and women. A poor diet is the most likely cause of anaemia in the elderly.

Another important thing to note is that while anaemia is more common among younger women than men, but by age 65, it occurs more often in men.

So you have low haemoglobin levels—now what?

Treatment of low haemoglobin levels in women depends on the various types of anaemia. If you have iron-deficiency anaemia, you are lucky as it’s the easiest type of anaemia to treat with changes in diet and by including iron supplements.

The Institute of Medicine recommends that women get at least 18 milligrams of iron per day if they are non-vegetarian. Women who eat a vegetarian or vegan diet need double the amount of iron because ‘non-heme’ iron found in vegetables is not readily absorbed by the body.

Do remember to take vitamin C supplements and eat foods high in this nutrient as it facilitates the absorption of iron in the body and low levels can cause insufficient amounts of iron to be absorbed.

Anaemia due to folate, Vitamin –B12 and B-6 deficiencies can be managed using a healthy diet as well, though to a lesser extent than iron-deficiency anaemia.

General principles to follow are to choose animal foods over plant –based foods, picking up more fortified foods like bread and cereals for extra vitamin B and supplementation only after consulting a doctor.

Never treat your anaemia symptoms lightly as, without treatment, your haemoglobin levels can plummet, leading to heart problems, organ failure and even death.

Shikha Gandhi is a health journalist and a short film maker. She is also a certified Pranic healer and a lover of long walks.